Comedian, Lasisi Elenu and actress/comedian Wofaifada, have stated that the side mirrors of their cars were stolen at the End SARS protest ground in Lagos.

In the video he shared, Lasisi said he arrived at protest ground and parked his car somewhere so he could join the protest. On his return, he found out his side mirrors had been stolen. He called on everyone who attends the protests to be watchful of their personal properties. 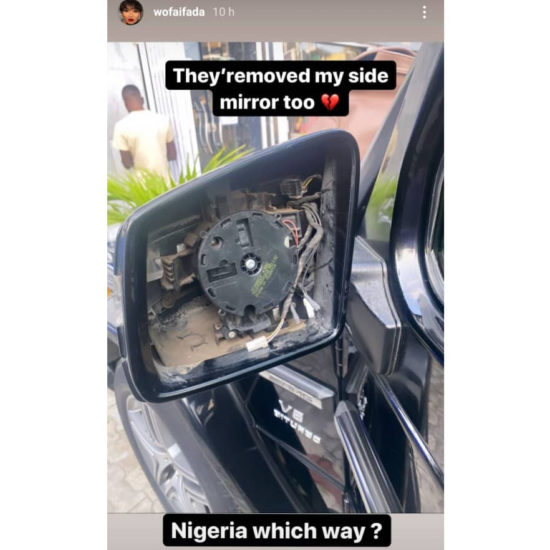 Wofaifada who was at the Lekki protest on Sunday October 18, also shared a photo of her side mirror that was stolen.

The post Comedian Lasisi Elenu and Wofaifada reveal their car side mirrors were stolen at Lagos #EndSARS protest ground (video) appeared first on .