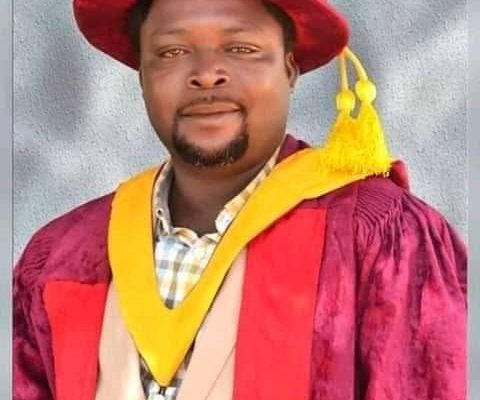 From The Information Reaching NAIJABOST Desk, A University of Mkar lecturer, Moses Tarnongo, his wife and three children were killed in a ghastly accident in Benue State.

Two other persons including another University of Mkar lecturer, Joshua Leva also lost their lives in the accident which occurred on Saturday evening, October 10, at Gbatse community along Ugbema-Adikpo road in Ushongo local government area of the state, Naijabost Reports.

The University Registrar, Rev. Emmanuel Astor, who confirmed the incident on Sunday in Makurdi, said Moses Tarnong was killed alongside his wife and three children. The two lecturers were from the department of Mass Communication.

The registrar said the victims were on transit to Adikpo, Kwande Local Government Area to see a one cleric when the incident happened.

According to eye-witness account Who Notify NAIJABOST, a trailer truck rammed into a stationary Toyota car with registration number MKD-300-NH, crushing the seven occupants to death.

The witness claimed that the driver of the truck purchased a fairly used car and kept it aboard and was about dodging a police check-point when he rammed into the Toyota car. Reports said it took hours to bring out the bodies from the crushed vehicle, Naijabost Reports.

She explained that seven passengers were confirmed dead, one was injured and was receiving treatment, while the remaining four escaped unhurt.

She said the dead bodies had already been deposited at a morgue in Ushongo.

Meanwhile, Governor Samuel Ortom has sent heartfelt condolences to families of the victims, the management, staff and students of University of Mkar.

He described the incident as devastating and urged relevant agencies to investigate the unfortunate development.

Governor Ortom prays for the repose of the souls of the departed and consoles the bereaved families to look unto God for strength to bear the pain of losing their loved ones.

See The Graphic Photos As Obtained By NAIJACOVER Below: