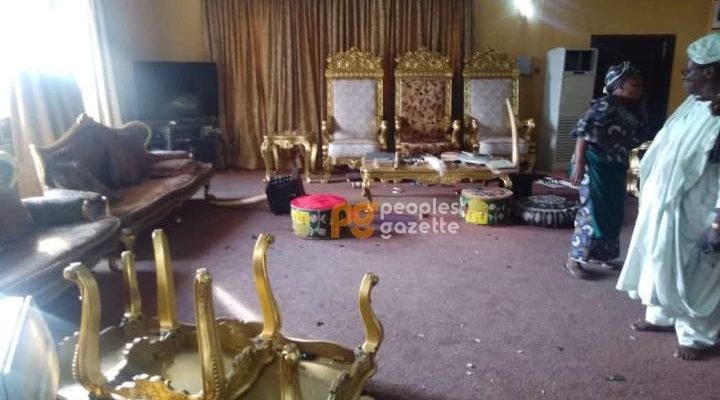 Sunday Dare, Minister of Youths and Sports, has been attacked.

He and others including the Soun of Ogbomoso, Oba Oladunni Oyewumi, were stoned on Sunday.

The incident occurred at a meeting at the monarch’s palace.

Dare gave a brief of the incident on Twitter.

The minister noted that the youths demanding End SARS are peaceful but that the protests have been hijacked.

“Soun, myself and council chiefs were scurried into safety by the police and DSS. Ogbomoso youth are law-abiding. But hoodlums have taken over”, he tweeted.